So I did something kinda crazy last week. I have been looking at getting a matching pair of guns for myself and my son when he gets older. Fn just released the fn 502. A 22 LR pistol that is similar to the fn 509 in shape and size.

I purchased two of them. Didn't even shoot one just picked up both. Saving the second one when my son gets older but took it out and put 300+ rounds in it.

So the good. It is hammer fire and the trigger is crisper and cleaner than the 509. The 509 has gotten better since I put a few hundred rounds and now getting closer to 2000 rounds.
It is accurate. And feels like the gun I will be carrying so it will allow me to practice my fundamentals a lot easier. It does have a threaded barrel and a red dot. So will probably at some point add a red dot. It is the same size as the 509 as such it will fit in the same holster too.

I was using my mark IV for fundamentals but thinking of selling it now and keeping the 502 as the gun for that. 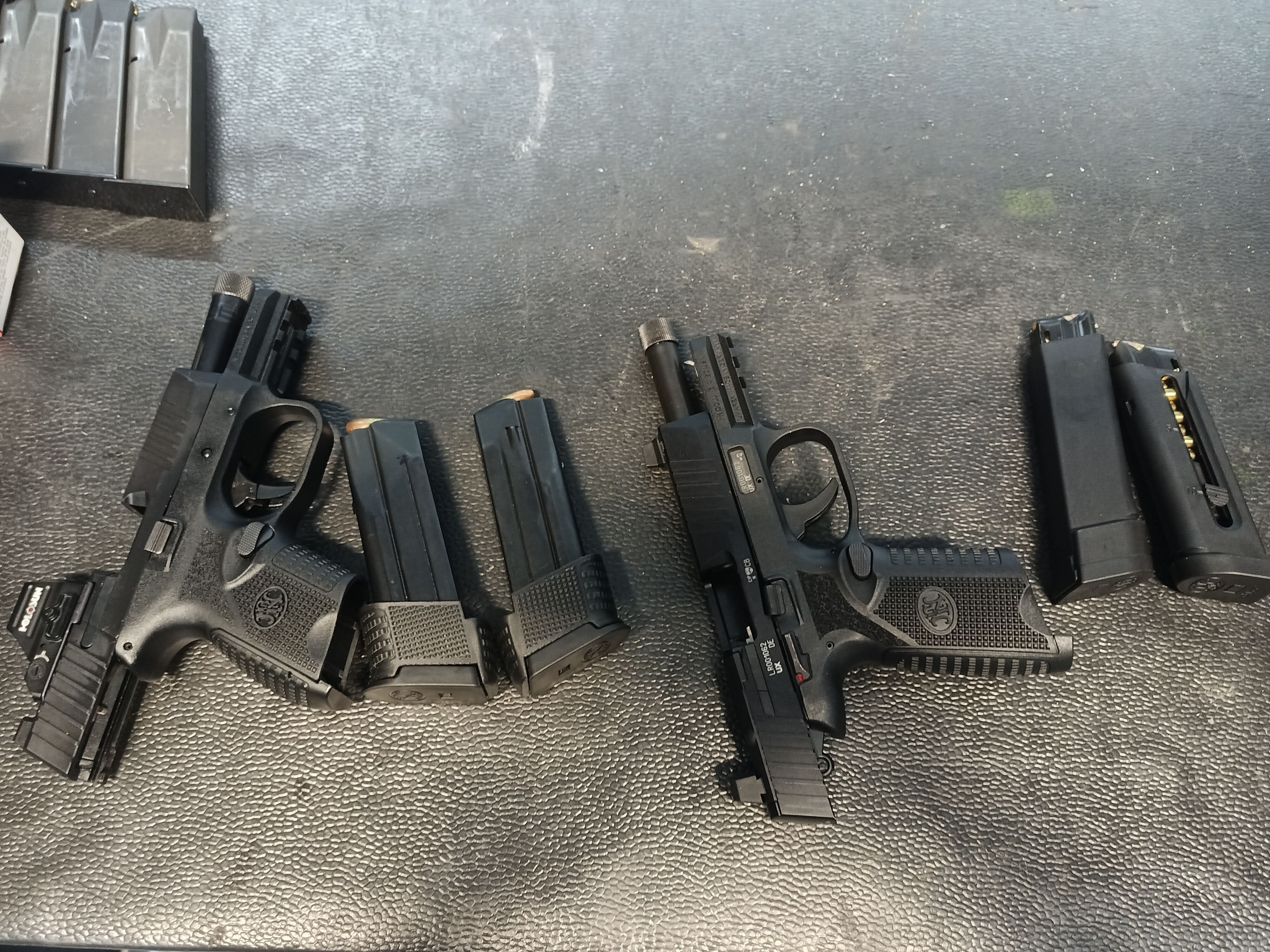 Nice, I was thinking about getting this one as well for my kids. Looks good.
I

hkump said:
one as well f
Click to expand...

I feel semi bad for buying 2 as people are having a hard time getting them, but I just want to be able to tell my son when he turns 7-8 that we have the same gun, so he gets excited. The small things LOL
You must log in or register to reply here.
Share:
Facebook Twitter Reddit Pinterest Tumblr WhatsApp Email Share Link