Its how long it stays high is even more scary. The great reset is happening. Perfect time for a war. The illusion of choice is on full display. It’s Them and US. Problem is US don’t matter to Them. The script has been flipped.

Regular went up at a nearby station .40 in 4 hour the other day. I'm paying $4 now.
I thought that there was a law to prevent dealers from dramatically increasing their prices without increases in their costs. Like gouging during hurricanes. Guess not? 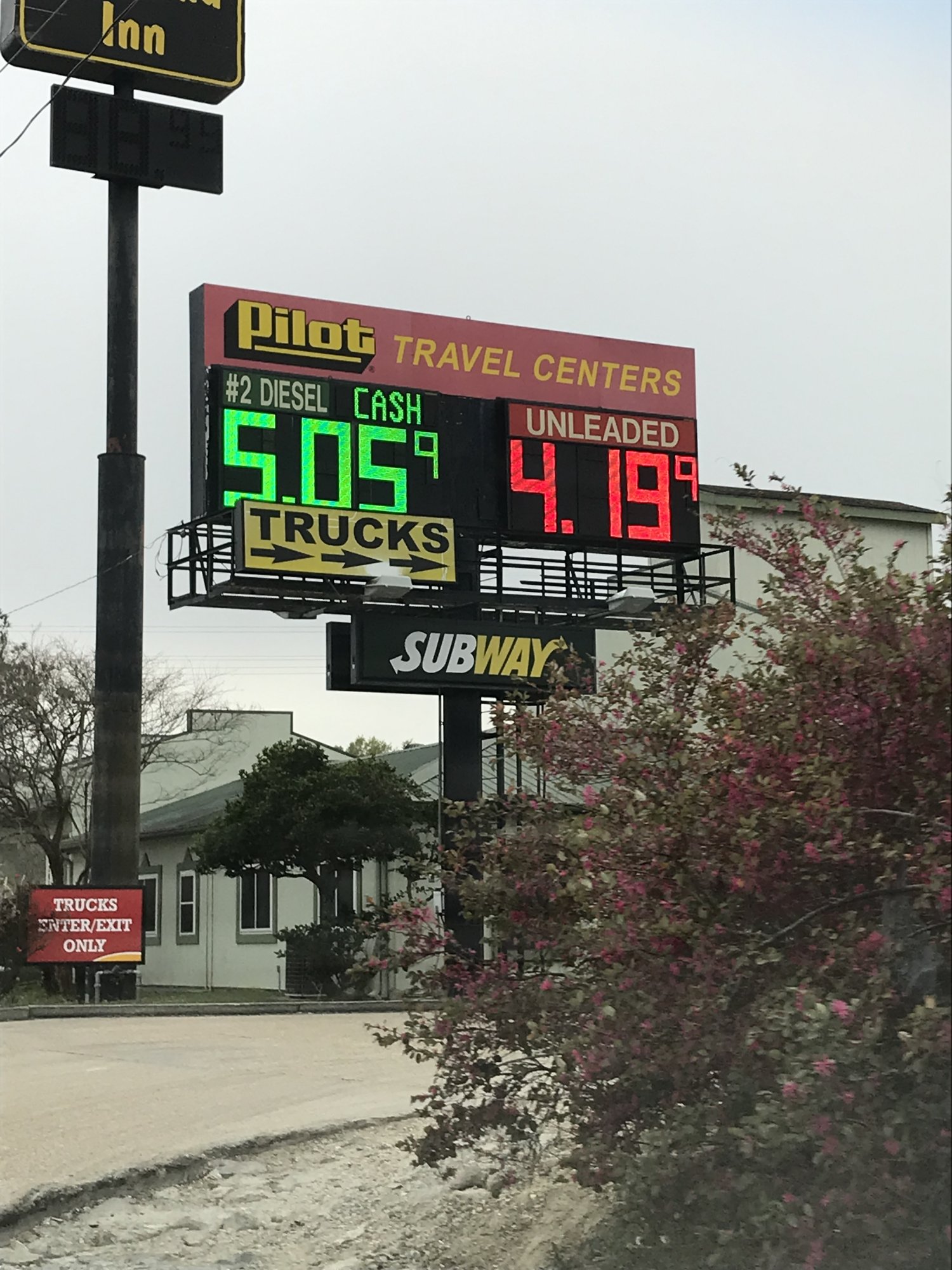 This was at Pilot in Denham Springs today about 5pm 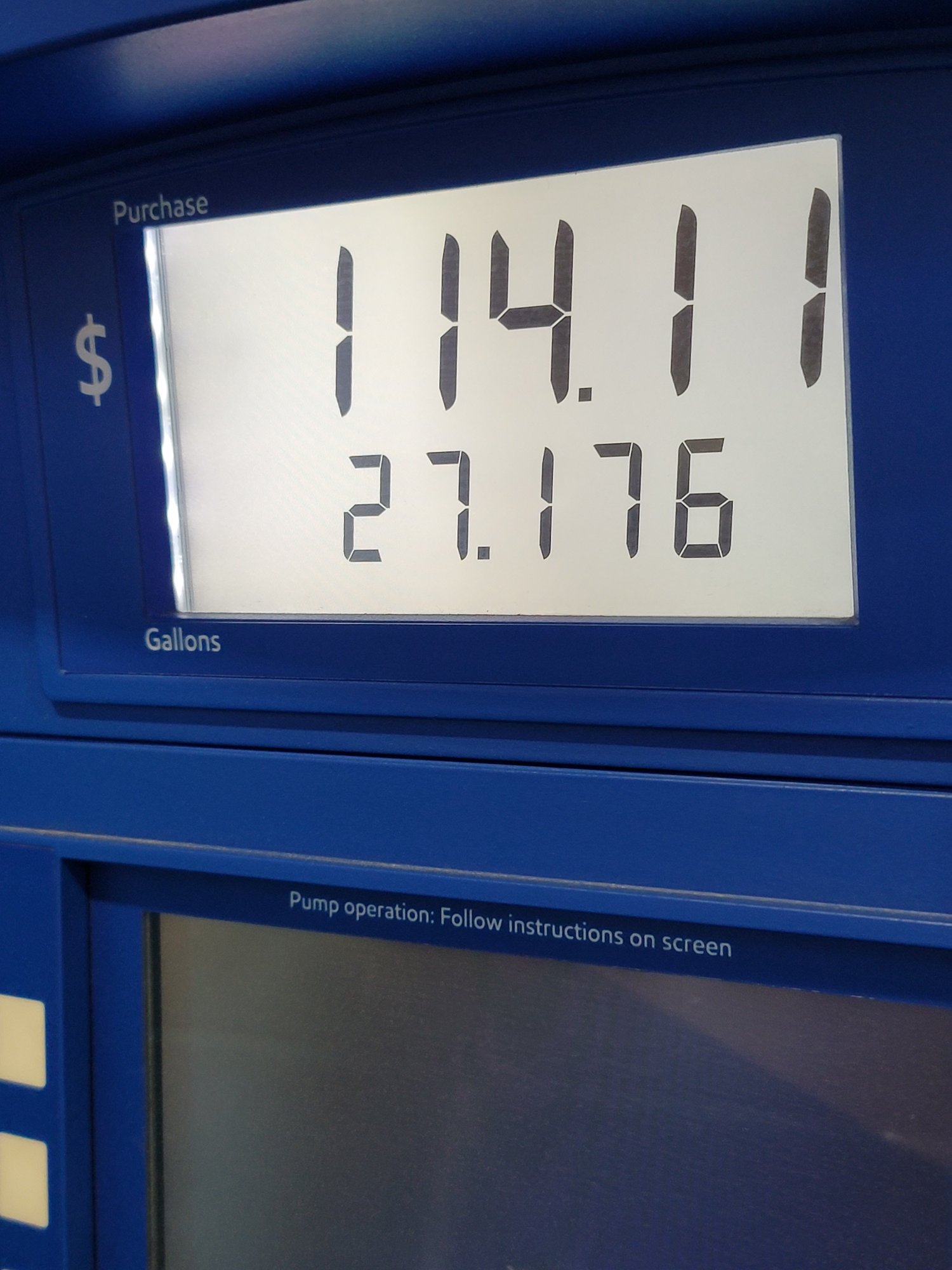 filled up the work van. Thank God for a company fuel card
F

This about sums it up, biden says freedom isn’t free and we gotta pay the price at the pump… wonder if at the end of the last presidential term our fuel Independence, booming building of pipelines, and new well heads being drilled stayed the same would have seen this much of an impact
I know I know

In 2007 I found it interesting that in 10 years I’d gained zero economically - in fact I’d lost ground. Started driving in 1996 and regular gas was 98 cents a gallon. And I made minimum wage, 4.25 an hour. Ten years later I was in the mortgage industry as a closing coordinator and funding officer, had just registered for my underwriting license, and made about 16 an hour before bonuses. But gas was 4.15 a gallon. My first two bedroom apartment in 1998 was 385 a month all utilities included except cable. My two bedroom duplex apartment in 2006 was 950 a month plus utilities, so a little over 1200. Ended up saving money buying a house.

The more things change, the more they stay the same. Now I’m making the same as I did 15 years ago but my “raise” has been actually enjoying my job rather than chasing a dollar. Problem is everything else is twice as expensive and fuel is riding a Saturn V again heading for orbit, while these knuckleheads in DC keep talking about “fair share” and promising free stuff to people who don’t pay taxes… frankly I’m surprised it’s taken this long to get back over $4/gal. Thank God I barely have to drive my personal vehicle anymore; how many of us wouldn’t be able to afford to do what we love if we had to drive our own cars to work? Personally, I’d be fine still, but work isn’t my primary source of income anymore.

“But… but… we must stand with Ukraaaaaaine!”

Sent from my iPhone using Tapatalk

This was in Savannah GA about a week ago, one station was $4.39 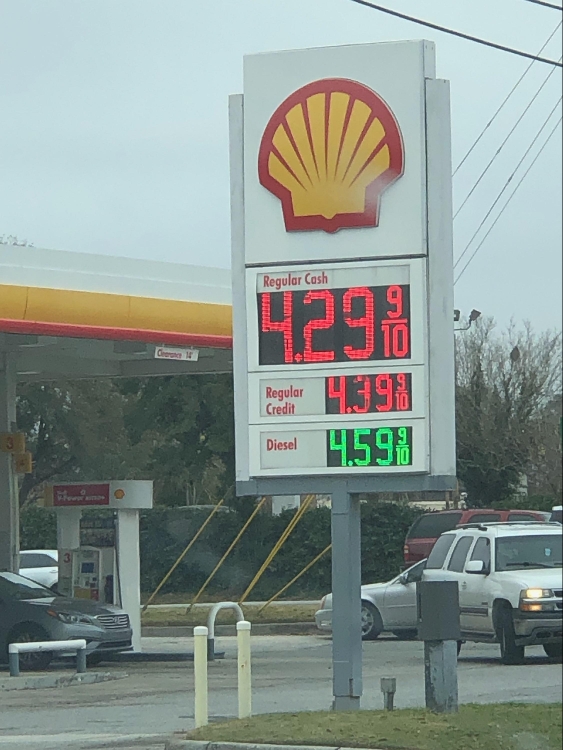 Sent from my Pixel 6 using Tapatalk

The good news is diesel came down two cents, thank you, Brandon. Also seems like the pumps are now limited to $99, it would be worse if I had to pay more than a bill for a tank of fuel, now I have to hit another station to finish filling up, I wonder if this is better for the environment?

Why do you go to another station, I just do the card swipe again and top off.