The LSA held its annual membership today at Cabela's.

I saw a number of BS members at the meeting. Let me know what you thought. What worked? What would you change? How are we doing?

On Target. Send It.

Sorry i couldnt make it. Ive got those two exams tomorrow.

Makes me want to beat my head against the wall for missing last years meeting. I learned so much about programs I never had any idea existed. I liked hearing about all of the different competitions. Except for the USPSA matches in Gonzales, I had no idea there were other matches on other weekends at the same range.
Another plus was getting a peek at some of the legislative stuff coming up.
Here are a few of the better looking photos from the handful I have.
Dan Z presenting an award for Legislator of the year. 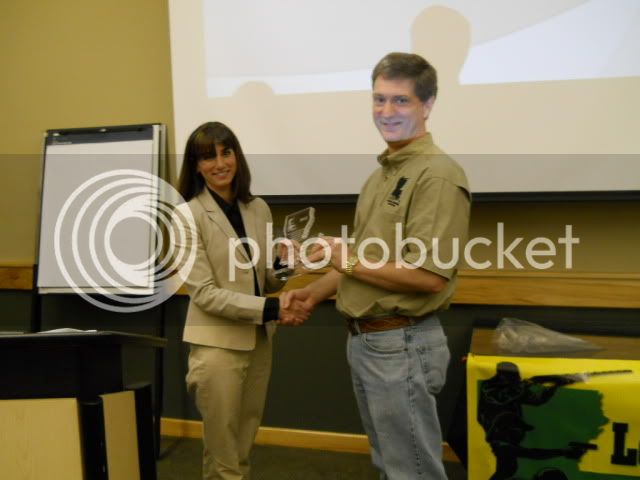 A shot of the crowd of about 50 people from a cross the state. 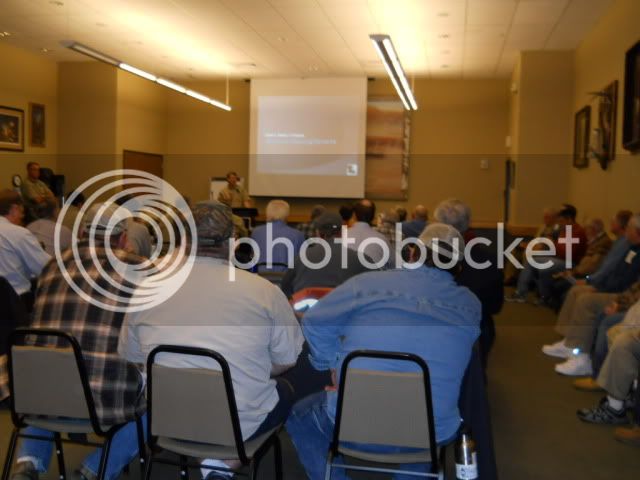 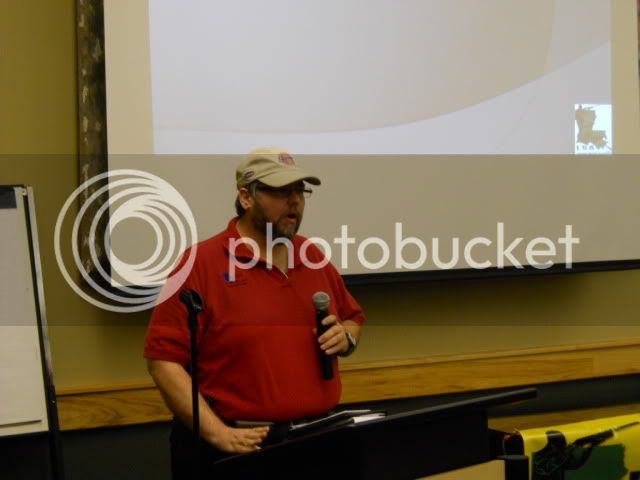 well, I couldn't go to the meeting, but I just signed up on line. renewed my nra membership as well

I plan joining LSA soon. Do they have lifetime memberships or just yearly?

03protege said:
I plan joining LSA soon. Do they have lifetime memberships or just yearly?
Click to expand...

I'm really looking forward to the legislative work that the LSA will be doing this year. EVERYONE who is interested in their 2nd amendment rights should be a member of this organization.

I also joined as well. It looks like a great organization and will be an asset for every gun loving nut in the state.

Really enjoyed it. Especially since I won a door prize!
I particularly enjoyed the legislative info. I have enjoyed following bills the past few years and voicing support or opposition. Nice to know LSA is so involved in that and all the shooting disciplines.

Ritten said:
EVERYONE who is interested in their 2nd amendment rights should be a member of this organization.
Click to expand...

I've only seen what LSA has done in the past 2 years or so and I can say it is quite impressive. My grandfather gave me a life subscription to the NRA, but I don't see them doing to much.